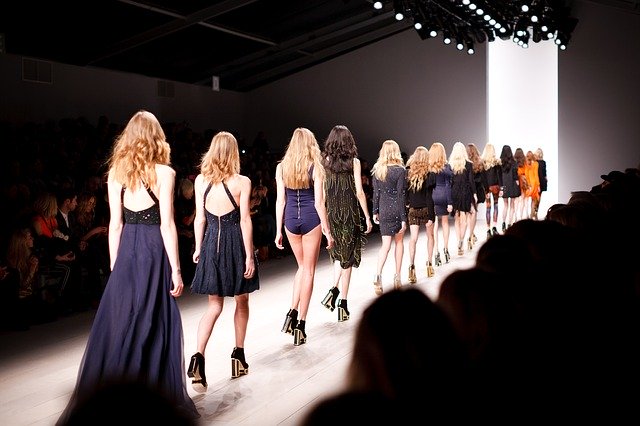 Ralph Lauren founded his New York-based apparel company in 1967 and since then has been creating iconic, preppy clothing for both men and women, along with perfume, accessories and even furniture. His net worth stands at $7 billion and he is most widely recognised for his chic sportswear line, Polo Ralph Lauren. Iconic Ralph Lauren creations include the brand’s classic polo shirts and cashmere jumpers.

Giorgio Armani is recognised as one of the world’s first red carpet fashion designers and is renowned for his unique and elegant menswear lines. Armani launched his business in 1975 and since then his net worth has grown to an impressive $8.6 billion. Armani has been creating stunning suits for Olympians, actors and football athletes alike, not to mention many iconic gowns for musicians such as Lady Gaga and Beyoncé.

Known simply as Valentino, 83-year-old Valentino Garavani’s fashion brand has been in business since 1960 and is known for its striking womenswear, footwear, fragrances and accessories. Valentino was the favourite designer of US First Lady Jacqueline Kennedy and has created red carpet gowns for a huge number of A-list celebrities including Jennifer Lopez, Elizabeth Taylor and Anne Hathaway. Valentino is known for his trademark fabric shade, ‘Valentino red’ and has a net worth of $1.5 billion.

One of the world’s most influential fashion designers, Roberto Cavalli is known principally for his leatherwear, denim and glamourous print designs for men and women. His animal print dresses and snake emblems remain a staple in his designs and his ‘Just Cavalli’ range also targets a teenage audience, with a collection of perfumes, underwear, accessories and jewellery.

Since her grandfather opened a small leather goods company in 1970, Miuccia Prada has taken the brand to new heights, establishing Prada as one of the most highly respected and well-known luxury fashion houses on the planet. Prada is most well-known for its minimalist yet modern designs for shoes, handbags and luggage, and has so far reached a net worth of $2.7 billion.

Calvin Klein launched his iconic fashion brand in 1968 with a focus on men’s suits and coats, but the brand has since expanded into creating stunning jewellery, perfume and sportswear designs. Calvin Klein has prided itself on creating ‘sensual, modern and provocative’ clothing, combining iconic staples with unstructured tailoring. Calvin Klein’s cotton underwear collection has become one of the brand’s most successful launches.

The powerhouse fashion brand, Gucci, was founded in 1921 by Guccio Gucci in 1921 but is now lead by innovative fashion designer, Alessandro Michele. With Michele at the helm, combining Italian craftsmanship with meticulous attention to detail, the brand continues to thrive and is known widely for its luxury textiles and extravagant style. The versatile and chic Gucci belt is a staple in high-end wardrobes everywhere.

Since 2011, 34-year-old Olivier Rousteing has been the creative director of Balmain, an iconic French brand known for its luxe trims and rich, decorative fabrics. The brand’s signature embellishments, such as their new gold medallions, buttons and tassels, are a staple in Rousteing’s creations, along with sharp attention to detail and immaculate craftsmanship. The brand has collaborated with a number of famous designers including Victoria’s Secret and H&M.

Compared to other high-end fashion brand owners, Tom Ford is a relatively new designer in the fashion world, having launched his company in 2005. Tom Ford’s self-titled brand is known for supplying everything from apparel to fragrances and luggage and even has a highly successful range of cosmetics under the name ‘Tom Ford Beauty’.

Previously the creative director at Versace, Anthony Vaccarello is now at the helm of the French luxury fashion brand, Saint Laurent. Vaccarello’s designs for Saint Laurent are steeped in the brand’s modern, rebellious and gender-neutral style and their logo heels and handbags remain a hit with women all over the world.

You can always have a look at our nice suggestions for your wardrobe  at Lady Popular Magazine now.

Image by Pexels via Pixabay