Coachella festival – what is this and how to celebrate 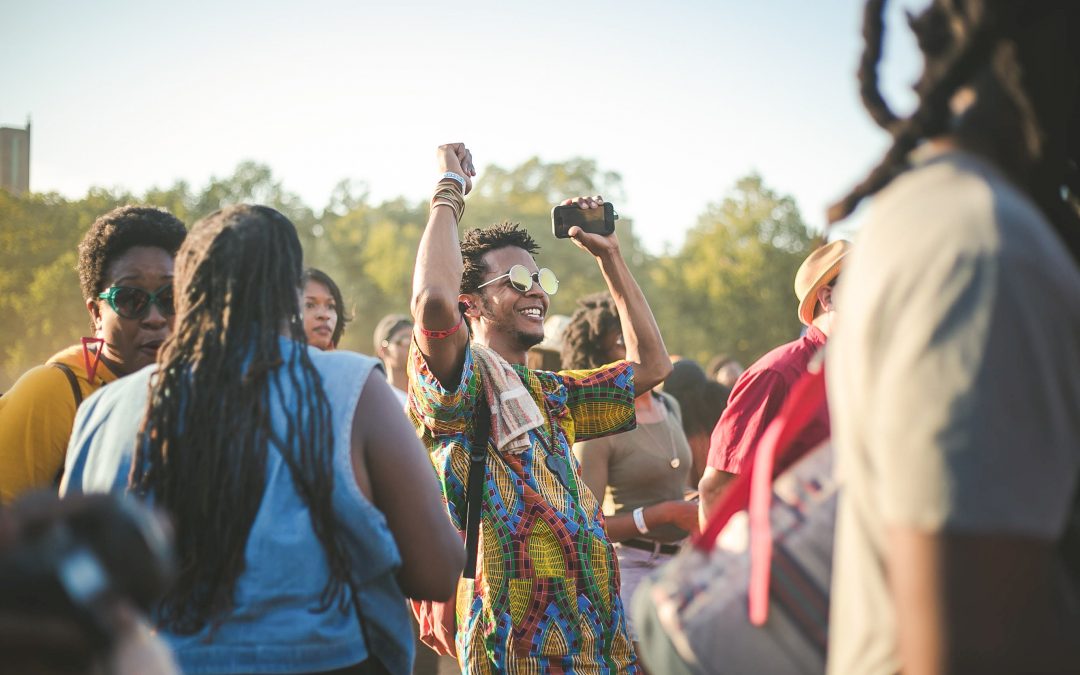 Arguably the most famous music and arts festival in North America, one of the trendsetting events not only in the USA but all around the globe, a hype that lasts for two decades now and attracts hundreds of thousand people beating the record year after year.

This is Coachella – a name that turned out to be a dream for legions of fans AND artists. More than 250 000 people gathered in the Colorado Desert around the Palm Springs last year and the demand for the ticket isn’t going to wane even if not everyone was particularly happy to see Beyonce as the headlining act in 2018. But there are so many artists and so many stages from the widest spectrum of music and arts available on a global level that those who feel unhappy after the fest are few and serve only as the exception from the rule.

The Coachella Valley located in Southeastern California first hosted a prominent gig back in 1993 when Pearl Jam made a historic performance there. One of the Big 4 bands from the Seattle grunge scene played a concert at the Empire Polo Club which later became the ground for the festival which pulls the crowds from every point in the USA and North America as a whole. The official kick-off takes place in 1999 and a decade later the Coachella festival enjoyed a cult following. Almost everyone who loves pop and rock music wants to go there, almost everyone who performs pop and rock music wants to play in the area of the small town called Indio.

The shortlist of the booking agents is not exactly short and the bands willing to kick on the Coachella stage is so great that the booking starts as early as August the previous – the festival usually happens in April.

The increasing popularity of the Coachella festival is the reason why the organizers have included the controversial „Radius clause“ concluding contracts with most of the artists. It means that the band or the singer who will make the stage of Empire Polo Club is not allowed to participate in any festival in the states near California for three or four months before the Colorado Desert massive event. The latter clause was attacked in numerous lawsuits recently and it might change the fortunes of the Coachella festival in the future.

From the start to the mainstream success

But the past is glorious. It all started in 1999 when prominent yet alternative rock acts like Beck, Tool, and Rage Against The Machine with the addition of the Chemical Brothers headlined the inaugural fest promoted as the „anti-Woodstock“ event promoting artistry in favor of the radio play fame. The shift to the artists with greater commercial success anyway was inevitable as the Coachella festival grew bigger and bigger. Red Hot Chili Peppers, The Beastie Boys, Depeche Mode marked their presence there, even Madonna did it performing not as a headliner but as some kind of a secret gig in one of the tents around Indio. Legends like Prince, Roger Waters, Paul McCartney, AC/DC, the reunited Guns n’ Roses took the main stage and so did on several occasions Radiohead. The appearance of a pop-icon like Beyonce in 2018 made a distinct contrast but the gig was dubbed historic.

The Coachella financial success is so huge that it encompasses any previous reoccurring festival grossing more than $100 million for the 2017 edition. But the price of the entrance in the Colorado desert festival area also makes the eyes pop out. The price of the Coachella 2019 was set to $429 for three days – almost 150 dollars per day, or three-fold more expensive than the fee back in the day when the live music event has just started. Adding the Car Camping option to the budget will make it cost more by another 300 dollars and the overall experience actually will need not less than 1000 dollars to be spent for three days. The fans have the option to pay in seven monthly installments and hardly would anyone bet that the Palm Springs region will not gather the crowds for the two weekends in April 2019.

The arts conquer the field of the Burning Man

The live music events are the main reason for the popularity of the Coachella festival on the planet but there are many other features included. The Indio gathering has always been dedicated to the arts in different forms – visual arts, sculpture, installation, etc. In the first decade of the Southeastern California fest, the art segment largely recreated and recycled the highlights of what has been the brightest on the Burning Man the previous year. It changed in 2010 when Goldenvoice, the organization behind the Coachella festival, made a shift towards commissioning the artists and their presence specifically for this event increasing the budget.

Architectural extravaganza took a significant role in the last few years like the famous Spectra building. Mega-installations like the Supernova or the Palm-3 World Station even turned the focus to the arts or made them fuse perfectly with the music. Prominent visual artists such as Cyclecide, Robochrist Industries, the Tesla Coil (Cauac), and The Do LaB featured on the agenda for several years in a row.

Last but not least – Coachella festival sets the trends not only for music and arts but also for the fashion. The colorful and extravagant outfits that stand out and make impression often belong to the people in the crowd and not to the performers. Boots up, short shirts, white dress – anything can run the trend if it is accepted positively in Coachella. You might find the expression „This outfit is so Coachella“ meaning that certain type of dressing up is the hype of the day. So the Coachella festival works both ways – it represents those who are considered to rule the trend but also give the chance for others who think they have what it takes to change the trend